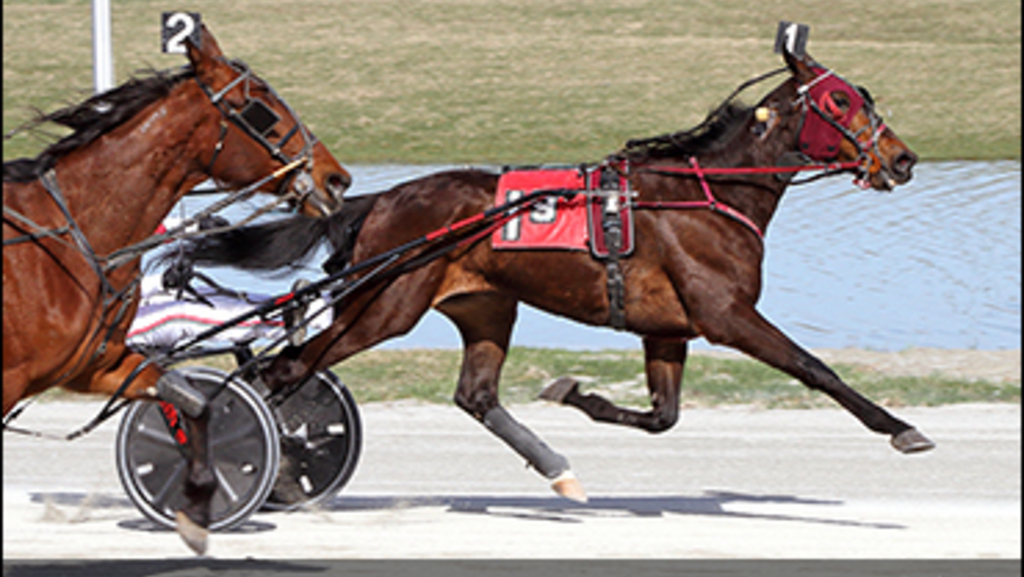 Driver Kayne Kauffman returned to the sulky on Monday afternoon (April 1) at Miami Valley Raceway, one week after a most unfortunate racing accident in which he injured his back and knee.

“My leg feels OK, but my back is tightening up a little,” Kauffman said after his second drive of the day, a win behind A Sham Of Amber, a pacing mare from his own barn. “I’ll be fine,” Kauffman explained, “but I might wait a couple more days before I drive any serious pullers.”

Three races later, Kayne steered Voyage To Paris to an upset triumph in the $20,000 final of the Robert J. 'Skeeter' Brown Memorial series for trotters. Although the winning sophomore son of Dontyouforgetit wore a choke plate under his chin and his connections are contemplating throat surgery, he apparently didn’t 'pull' too hard as Kauffman sat chilly in the pocket throughout the mile until taking full advantage of a tired and drifting pacesetter to zoom past on the inside to victory. Monday Nite (Randy Tharps) finished just a neck behind following a similar ground-saving trip behind Voyage To Paris. Call Me Thefireman (Dan Noble) grabbed the show dough as the entire field finished within six lengths of each other at the wire.

Voyage To Paris is owned by Stephen Richard and Lana Pollock and trained by Jim Pollock Jr. Following a two-year-old campaign when he earned $27,000, the winner has now won twice in 2019 and added over $18,000 to his coffers.