Brooks Estate To Pay Back Victims

Even in death the late Standardbred racehorse owner David Brooks has made the news once again. 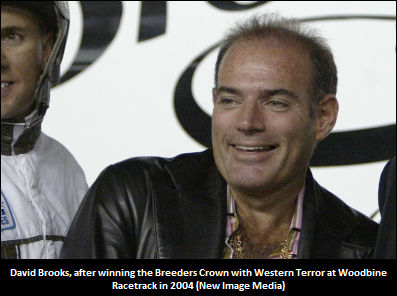 Word has come that Brooks’ family has agreed to drop its claim to roughly $143 million in seized assets from David’s estate.

According to a report by stl.news, the Brooks family has reached the deal with the U.S. Attorney’s Office for the Eastern District of New York. Proceeds from the sizable civil forfeiture recovery will now be directed to financially compensate thousands of Brooks’ victims, and it is believed that up to 90 per cent of their collective loses will be attempted to be covered.

It has also been reported that Brooks’ ex-wife and their three grown children will be able to keep roughly $25 million as part of the deal.

Brooks was connected to a number of prominent horses that raced under the Perfect World Enterprises stable, including 2004 Breeders Crown winner Western Terror.

Brooks, who had been serving a 17-year prison sentence for securities fraud, passed away in October of 2016 at the age of 61 while under incarceration in Connecticut.

(With files from stl.news and nypost.com)