Western Stepp Back In Top Form 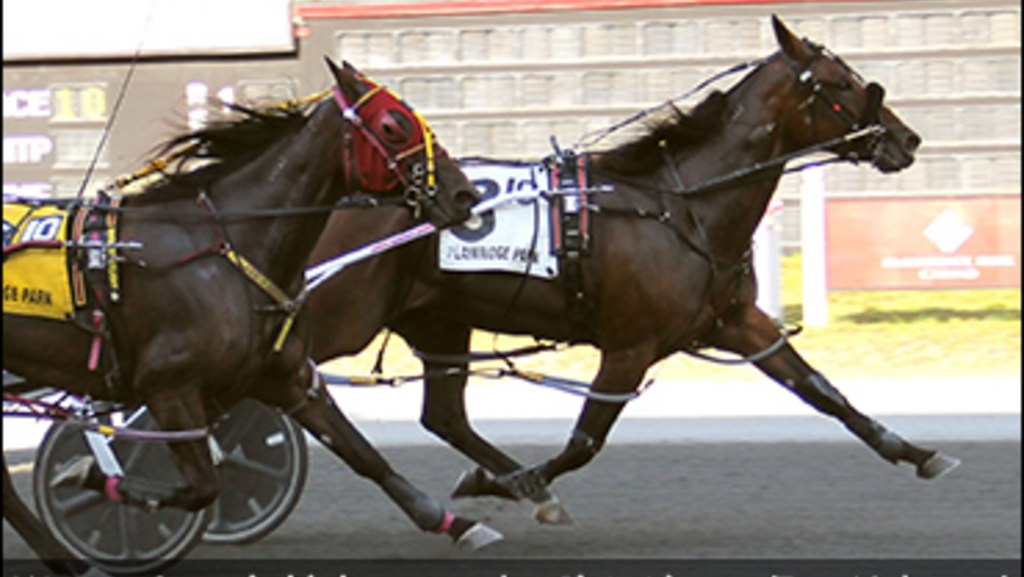 Western Stepp regained the top form she exhibited earlier this year at Plainridge Park as she won the $16,000 Winners-Over Handicap pace for fillies and mares on Tuesday afternoon (Sept. 4).

Western Stepp (Drew Campbell) flew off the wings and took immediate control of the race, setting fast fractions of :26.4, :55.3 and 1:23. She was prompted for most of the mile by Shesjustadelight N (Ron Cushing), who pulled from third at the quarter but then was parked out and in relentless pursuit of the leader for the rest of the mile.

Western Stepp had a one-length advantage on Shesjustadelight N from the three-quarters to the top of the stretch. But as the race charged towards the wire, Shesjustadelight N continued to grind away at the deficit and made up ground all the way to the wire. However, Western Stepp had enough left and held off that challenge along with a late-closing Seventimesavirgin (Mitchell Cushing) to win by a neck in 1:51.4.

Ron Cushing just missed in the main event on Tuesday, but he did capture the $12,000 distaff non-winners of six lifetime co-feature. Cushing drove Gimme Some Lovin ($5.40), who took the lead at the quarter and maintained it all the way to the wire before just getting nosed out by Stonebridge Honey (Nick Graffam). But upon further review, Stonebridge Honey was disqualified and placed second for a pylon violation, thus advancing Gimme Some Lovin to the win spot.

Gimme Some Lovin registered her fourth win of the year for owner Anthony Romanelli and trainer Heidi Gibbs.

Drew Campbell and Jimmy Whittemore both had driving doubles on Tuesday, leading all other drivers for wins. Currently Campbell still has a commanding lead in the dash win derby for the meet with 112 wins, sitting ahead of Greg Merton with 90, Shawn Gray with 84 and Mitchell Cushing with 57.

Once again, there was no winner of the Wicked Hi-5 Pentafecta in the last race on Tuesday. As a result, there is a $9,548 carryover pool on Thursday (Sept. 6), when live racing resumes at Plainridge Park at 2 p.m.