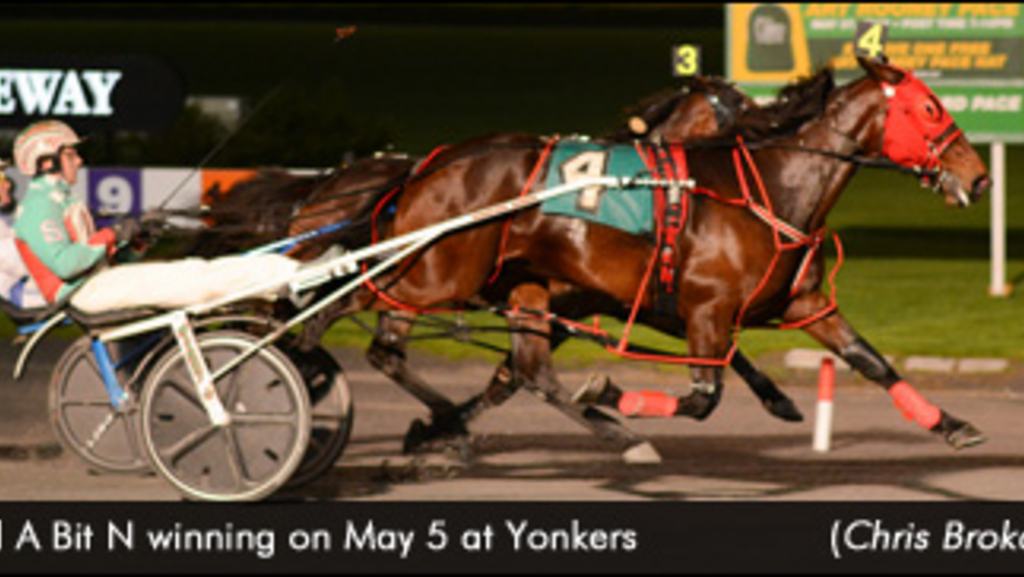 In play from post position No. 4, Sell A Bit N worked around Delightful Dragon (catch-driver Eric Goodell), then finished (:27.4, :57.2, 1:25.3, 1:54.1) what she started. Sell A Bit N defeated the ‘Dragon’ by a neck, with a two-move Dublin Rose (George Brennan) third. Caviart Cari Ann (Dan Dube) and Certified Ideal (Brian Sears) settled for the remainder.

For Sell A Bit N, a seven-year-old Down Under daughter of Julius Caesar owned by Harry von Knoblauch and trained by Peter Tritton, the win was her fifth in nine seasonal starts. The exacta (two wagering choices) paid $17.40, the triple returned $82 and the superfecta paid $357.