‘Cobra’ Looking To Strike In Dexter 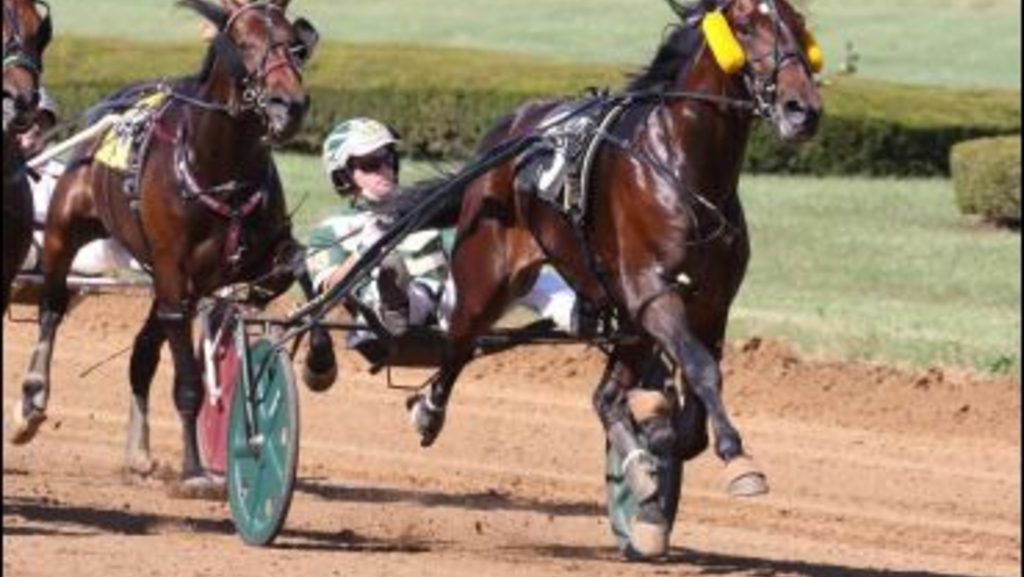 Ron Burke is unsure what to expect from Southwind Cobra. There is no question, the trainer says, the horse is talented. There remains question whether he will fulfill his potential.

Southwind Cobra might give Burke and his fellow owners some indication on Saturday when he faces seven rivals in the $143,737 Dexter Cup for three-year-old male trotters at Freehold Raceway. The Dexter Cup is the first Grand Circuit race on the road to August’s $1 million Hambletonian.

Four of the eight Dexter Cup finalists are eligible to the Hambletonian: Southwind Cobra, Another Chapter, Earl Variera, and Sir John F.

Another Chapter won one of last weekend’s two Dexter Cup eliminations. Lord Cromwell won the other. Southwind Cobra did not compete in the eliminations because Burke elected to take a bye, based on career earnings, to the final.

“We thought at the beginning of last year he was our best two-year-old,” said Burke, who owns Southwind Cobra with Jack Piatt II, Larry Karr, and the partnership of Mark Weaver and Mike Bruscemi. “He was a disappointment. There were points where he would show some things, but then there were points where he would show nothing. It was inconsistency and a lack of, really, wanting to win.

“It’s wait-and-see with him. He has all the talent in the world. He just needs to put it together.”

Southwind Cobra is a son of Muscle Hill, the 2009 Hambletonian winner and Horse of the Year, out of the mare Caerphilly. He was purchased for $120,000 at the 2015 Lexington Selected Sale and his family includes stakes-winner No Pan No Gain (the dam of Burke-trained millionaire Crazy Wow) and, more distantly, Hall of Famer Proximity.

Last year, Southwind Cobra won two of 13 races and earned $96,296. Both wins came on the Grand Circuit, in divisions of the International Stallion Stakes and Tompkins-Geers, and his mark of 1:53.3 was fifth best among all two-year-old male trotters in 2016. But he went off stride in eliminations for the Peter Haughton Memorial, William Wellwood Memorial and Breeders Crown and failed to advance to any of those finals.

Southwind Cobra has raced once this season, finishing third in a conditioned race at the Meadowlands on April 21. Burke was happy the Dexter Cup attracted a number of starters (17) that required one horse to take a bye so the group could be divided into two eight-horse eliminations on Freehold’s half-mile oval.

“I wanted the bye,” said Burke, who won the 2015 Dexter Cup with Habitat. “I thought (Southwind Cobra’s) first race was just all right. I wasn’t thrilled with it. I was looking to give him a week off, but didn’t think I would have the opportunity. Then when I got the bye it gave me a week to train him and get him ready.

“I trained him (Wednesday) on the half-mile track at Gaitway. I wasn’t sure how he would handle the half, but he got around it perfect. It didn’t seem like it affected him at all. I look for him to be sharp, hopefully.”

Sir John F, who won at Freehold the week prior to finishing third in the Dexter Cup elimination captured by Another Chapter, is from the stable of four-time Dexter Cup winner Jimmy Takter. Sir John F, who drew Post 1, is a half-brother to Ontario star Emoticon Hanover, who finished second to Broadway Donna in last season’s Breeders Crown for three-year-old female trotters.

Following is the Dexter Cup field in post order with listed drivers and trainers. The Dexter is Race 10, with a 3:30 p.m. estimated post time.