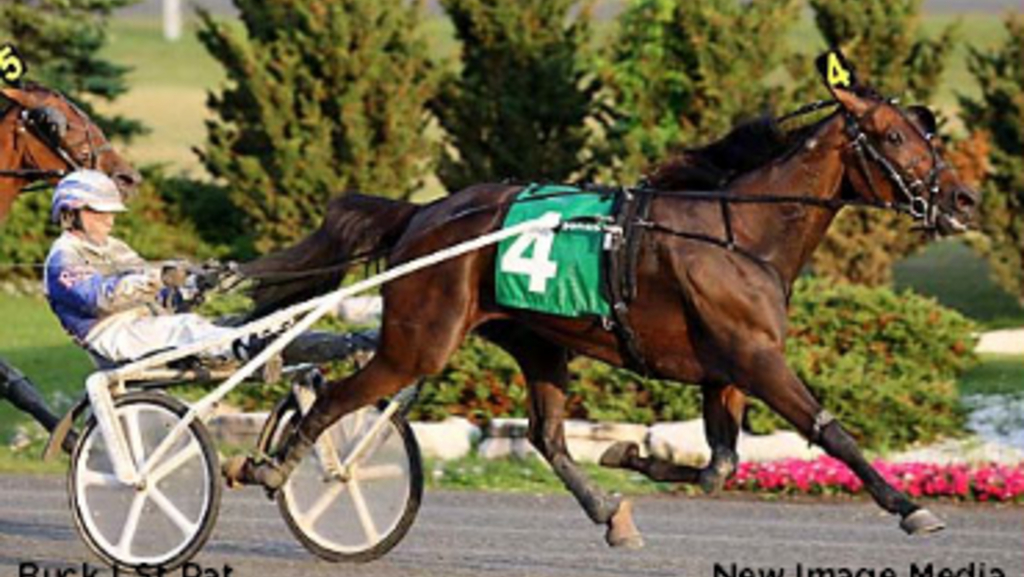 World champion Buck I St Pat turned in a 1:53.3 clocking to take the fastest of two $50,000 eliminations for the Armbro Flight Stakes for older trotting mares on Friday night at Mohawk Racetrack

The other split went to Autumn Escapade who notched her first win of the 2009 season with a solid 1:54.1 victory.

In the opening contest, Rick Zeron hustled Buck I St Pat off the wings from Post 4 and yielded the front to Classic Lane (Steve Condren) through an opening panel of :27.4. Zeron wasted no time in removing his mare to the front just before the first half of :56.2.

From there, the six-year-old daughter of Jailhouse Jesse - Name It Something cruised to a 1-1/2 length score with Classic Lane holding the place spot over an onrushing Spice Queen (Paul MacDonell). Buck I St Pat returned $4.20 to win as the bettors’ choice.

It was the fourth win in eight tries this season for the Ron Burke trainee and boosted her career earnings to just over $1.1 million for owners Howard Taylor and Edwin Gold of Pennsylvania along with Abraham Basen of Nevada and R R Fuller of Ohio. 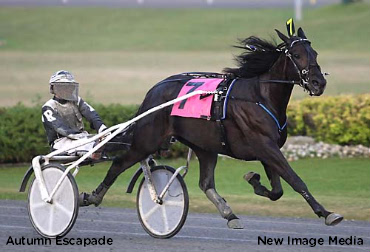 In the second split, Trevor Ritchie sent Autumn Escapade straight to the front from Post 7 and never looked back. She used a :28.2 final quarter to turn back a hard-charging Lantern Kronos (Paul MacDonell) with Lavec Dream (Luc Ouellette) landing the show spot.

“She impressed me a lot,” said Ritchie. “She’s a big, strong mare with a great gait. She worked hard to get to the front and got a little tired getting to the wire, but she had reason to. It’s the first time I’ve driven her and I liked her on the front but her card shows that she can follow and come from behind to. I think she’s pretty versatile.”

The four-year-old daughter of Victory Sam - Winning Colors had been winless in eight starts this season entering Friday’s contest but did win 14 times in 25 outings last year at age three. The Jonas Czernyson trainee improved her career earnings to just over $143,000 for owners Dave and Misty Miller of Cream Ridge, New Jersey.

The $360,700 Armbro Flight Final will go as part of the Maple Leaf Trot program on Saturday, July 25 at Mohawk. Here’s a look at the field in post position order: